Back to Permscape - Permaculture Food Forest Oasis and Education Center

Posted by John Stevenson about 5 years ago

The Permscape Permaculture Food Forest Oasis in Valley Forge Pennsylvania. The site is owned by John Stevenson. He has been protecting it from residential housing development and restoring it to a productive, healthy, forest.

On a wooded site a stone’s throw from Valley Forge National Park, we are learning from our mistakes and planning in the moment with great hope for the eventual finished project. 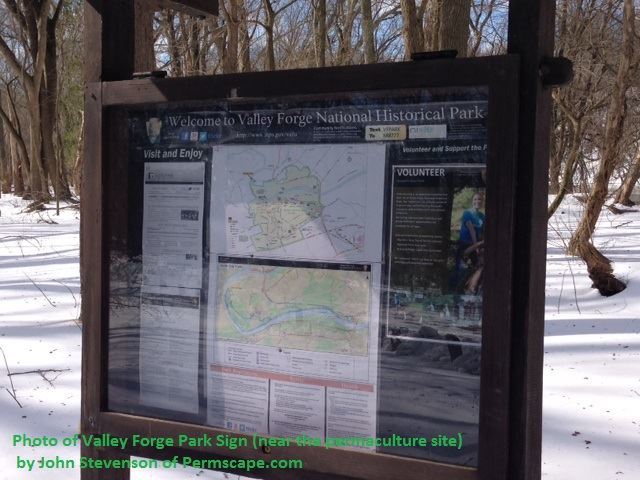 We had not lost hope or motivation. As mentioned previously, from aerial photographs the subject property looked like it was comprised of dense woods. 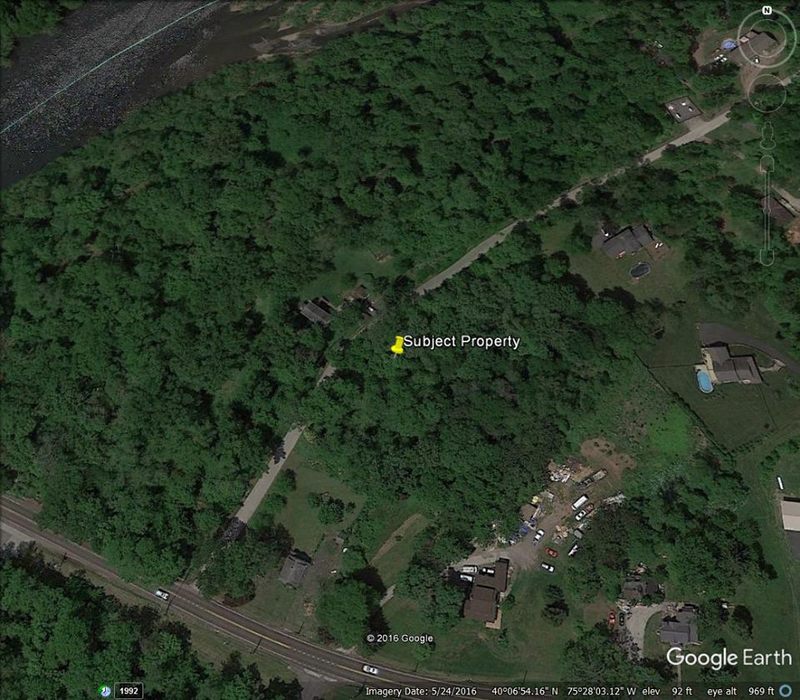 This was an illusion. Once our boots hit the dirt we discovered the property was made up of a mix of dense groundcover vines (especially poison ivy) and many very small trees. The canopy consisted of several mature trees. Most of these were dead or dying. They looked from above that they had foliage on them because of the dense climbing vines. 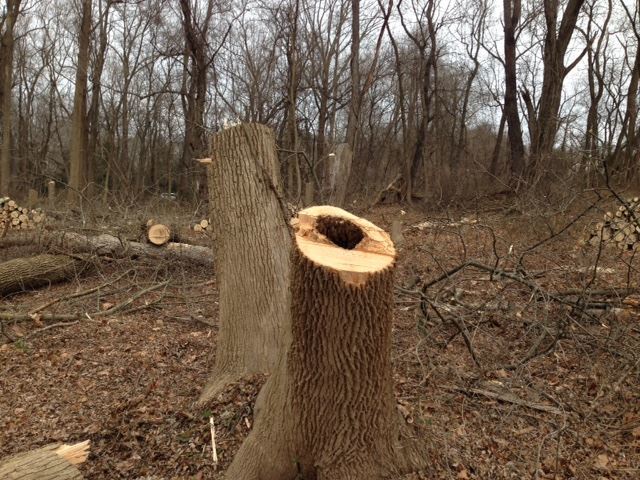 Phase one commenced and the property began its transformation into a permaculture nursery and food forest farm. Our plan was to attempt to preserve the life of every healthy tree. We waited for winter when the trees would be dormant. The smaller live trees were pruned to the ground (coppice) or a foot or so above. 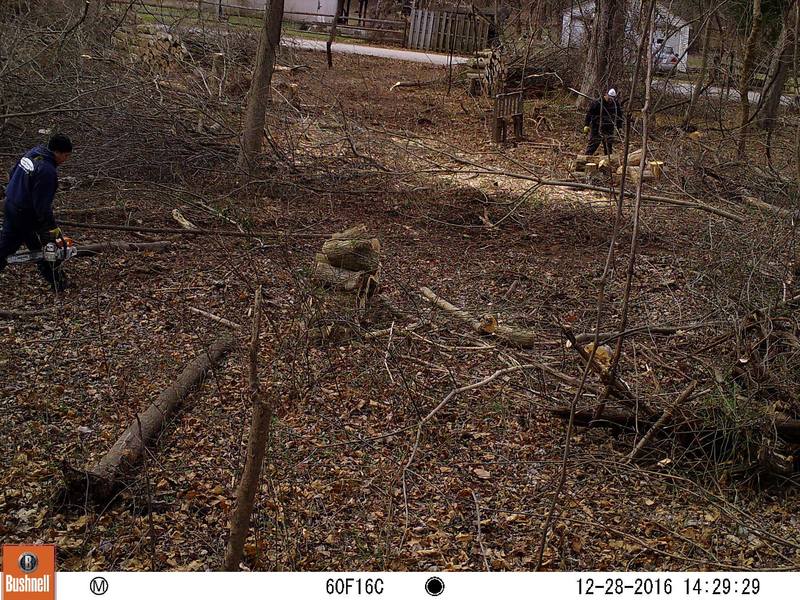 (Workers photographed by security camera on the site)

The larger trees were pruned to about two meters (Pollard). New growth is expected to appear this spring. This new wood will be harvested on a four year cycle. Other trees will be left to grow usable construction wood over the next 40-50 years for the next generation. 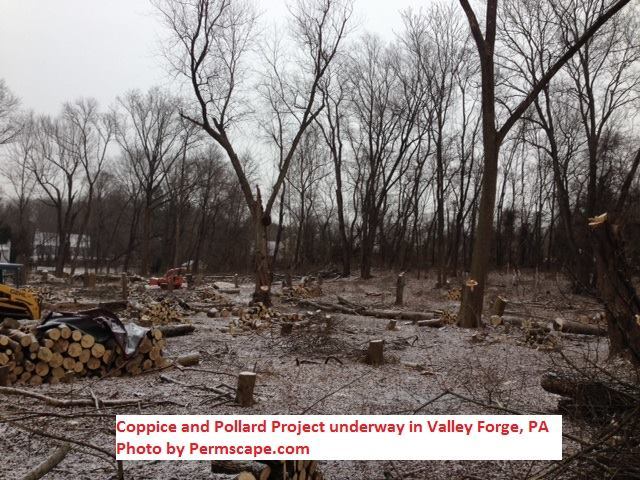 Cuttings will be taken from choice hardwoods to root into new trees which will be planted elsewhere on the property. The coppiced trees will continue to grow for decades if not centuries. Pruning of coppice wood provides a sustainable renewable energy. It can be used to create biochar to efficiently sequester CO2 and returned to the soil for exceptional fertility. Coppiced trees tend to be healthier and live longer than other trees. It has been reported that coppiced trees will not die of old age and some remain in production after centuries.

At permscape.com we understand that the second you put a shovel in the dirt you are changing nature’s plan (for better or worse).  Any permaculture practitioner should examine the ecosystem and best consider what will happen next. We should all strive to steer our properties towards the best possible outcome. 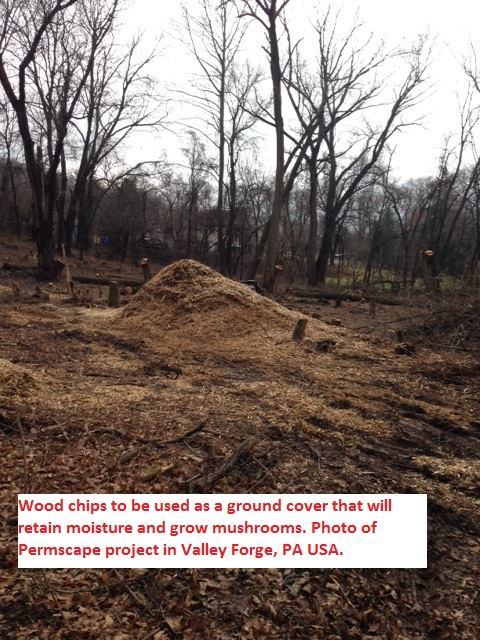 For example, earlier I mentioned the presence of tree infections from bacteria and parasitic fungus. Returning a cover to the floor of wood chips will help hold moisture and create a nutritious food web for the insects, animals, and microbes of the site.  The flip side is that cutting and chipping so much woody biomass could potentially allow the diseases to spread by creating an easily assessable vector for the parasitic fungus. We have decided to declare war on the parasites.