It can be very quiet here and the occasional tourist is quite an event. Most people are reasonably harmless and they simply travel slowly past the farm to enjoy the excellent view which looks down and across the valley below. Some people get out of their cars and enjoy the view from the road. It is a nice view after all. The most intrepid of tourists will even wave and smile to me as they speed past on their way to somewhere else. This view has even been quite useful on occasions and I recall that once the local fire brigade parked the fire truck up on the road above the house and used the view to spot a fire ignited by a lightning strike in a very tall tree in the thick forest down below.

On Saturday afternoon however, I met an entirely different kind of tourist. The tourists were an older couple. What made them unusual was that the female of the pair was lurking around in the forest up above the house. I rather suspect that the lady was going to the toilet in full view of my house. I can acknowledge that there are not a lot of public toilets up here in this mountain range, but still I believe that decorum is called for in such circumstances. The absolute cheek of them!

At the time of the strange couples visit, the editor and I were out with the chickens in the orchard enjoying a well-deserved coffee and Anzac biscuit (or two). It was very cold that day in the orchard. We heard the vehicle on the road rather than spotted it and when the engine stopped I had to skull down the coffee and consume my biscuit take away style. This left me in poor spirits but I stoically headed off to investigate the strange goings on.

My first thought was that they were dumping rubbish in the forest. But no, the lady sheepishly walked out of the forest above my house and grabbed an expensive looking digital camera from the car and then started taking photos of the house, surrounds and the view. It was a surreal experience. The guy hadn’t even noticed my approach, and in fact I believe he was completely oblivious to my presence until I was close to him and said: What’s going on here?

The couple were clearly not from the local area as their vehicle was quite clean – unlike most of the locals who at this time of year have a lot of mud and other assorted unidentified splats on their vehicles due to a combination of dirt roads and winter conditions. I also noted that they were wearing quite thin synthetic winter clothing, which is seriously inadequate for this cool climate. It was really cold that afternoon and I was wearing a woollen hat, jumper, alpaca scarf, sheepskin boots and my sheepskin jacket. Honestly, I must have looked a wild man stepping out of the forest to confront the two strange people who were doing strange things in the forest in full view of my house.

Alas, everyone deserves a second chance, I guess, and whilst stuffing their bodies down a very deep wombat hole would have been an appropriate response, I decided after only a minute or so of talking with them, that they were basically clueless. I couldn’t believe it. Their story was that they were looking for a property to purchase in the area and I doubted that story until they produced a hand written list of properties for sale in the area. I suspect that they produced the camera from the car to cover up the fact that the lady had been using the land above my house as an open toilet.

The couple seemed harmless enough but they did seem concerned and mildly baffled that living in a forest would leave them feeling hemmed in by the trees and they expressed the desire to purchase a house with a view where everything was “done” - whatever that means - and then apparently they could then happily live up here. At this point regular readers will recall that the list of projects that are still to be “done” here is quite extensive. It was all I could do to not burst out laughing at them as those requirements do not exist anywhere at all up this end of the mountain range!

To stir the couple up a little bit I asked them how they would be prepared to deal with the sort of minor issues that are part of the day to day existence here. And that is when they said the strangest thing of all to me: “That would be hard. You have to be born in this sort of an area to know how to live here”. Now I’ve heard that trope from a lot of different people and it is patently not true. I gave the guy a searching look and said to him, “Mate. You have to learn how to learn”. Anyway, he looked very sceptical at that observation and after further conversation he and his lady departed. If I was a gambling man, I would take a bet that those two wouldn’t survive more than six months living up here. Certainly the first winter would be a shock to their pampered selves and they would quickly scurry back to the comforts of the city.

I was earnest in that observation about having to: learn how to learn. Learning involves gaining or acquiring knowledge of or skill in (something) by study, experience, or being taught. That sounds simple enough, but it requires active participation, rather than mindless consumption. When we moved up to this property both the editor and I expressed a desire to learn something new every day, and an environment like this really lends itself to that.

Did I mention how cold it has been this week? Just after sunset on Friday night, the air temperature outside was 0.5’C (32.9’F) and it sure felt cold to me. 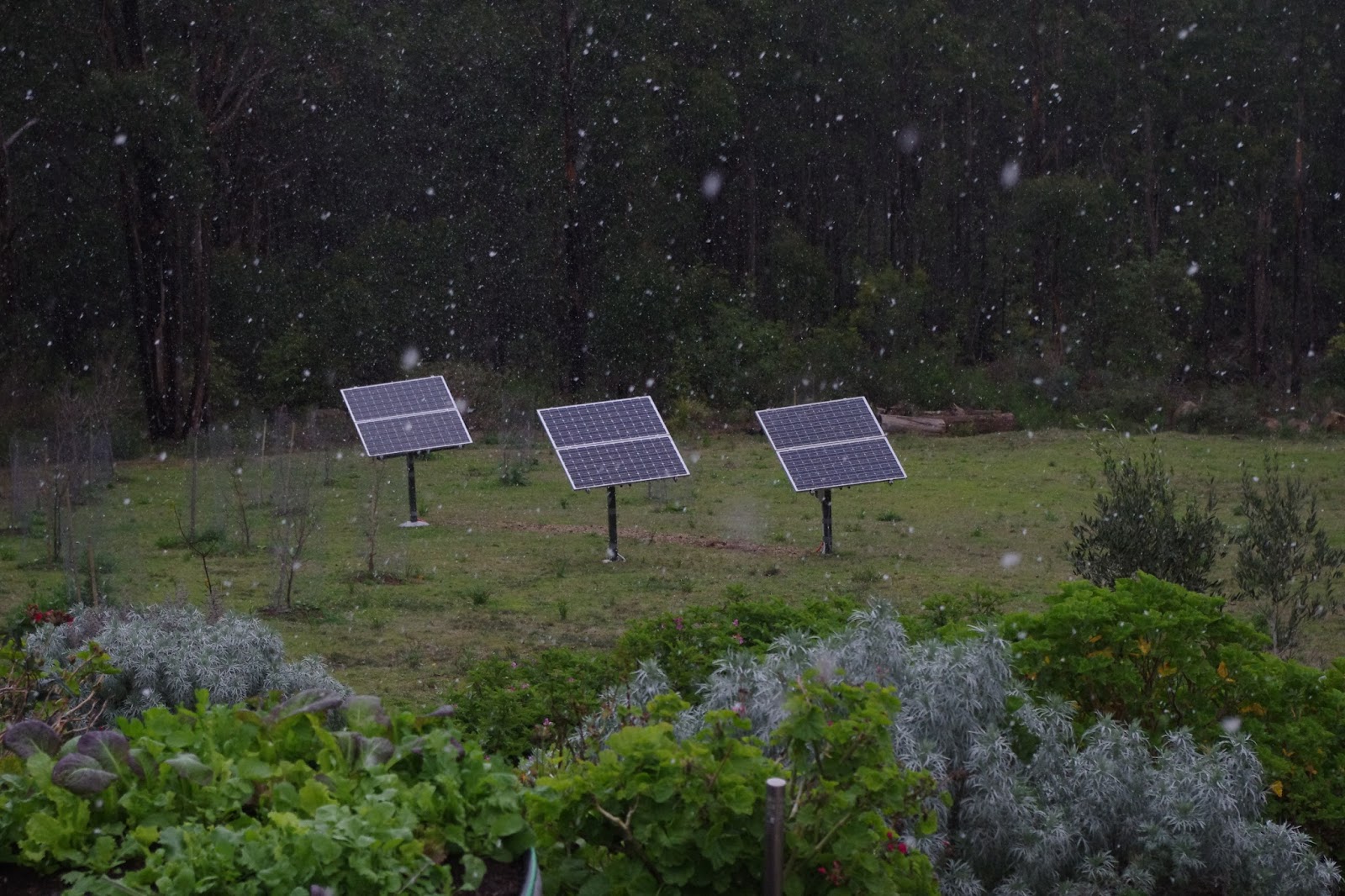