Back to Abdallah House

Posted by Richard Telford about 9 years ago

When you look at the competition that we were up against (and the money that industry spent) it's pretty amazing the we got as far as we did with a $100k owner built house and a two day submission timeline. 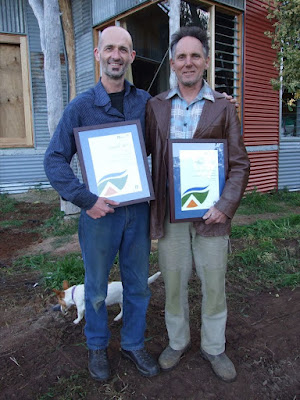 When Peter Lockyer suggested that we enter Abdallah House into the HIA GreenSmart Awards, I laughed. Not just because the HIA represents the industrial housing system - which is the opposite angle of where we are coming from, but because of the really tight deadline that we had to make the submission - two days! Frankly, I felt that the effort would be a waste of time  - I was wrong.

In the rush that followed we put together a half-decent submission. The award would only recognise Peter, being a member of HIA GreenSmart, while I am not. Still, we made our submission pointing out that the project was a collaboration. When our submission was received we got this message from one of the co-ordinators "The home looks, and obviously is, amazing!", which gave us a bit of a lift.

A month later we were informed that we were finalists in the Custom Built Homes and Resource Efficiency categories, the only two that we entered. We were invited to the Awards at Chouder Bay on Sydney Harbour. While initially Peter was keen and I wasn't, it was I who went with my partner Kunie. A trip to Sydney for lunch, the least sustainable thing that I've done since I started the project. 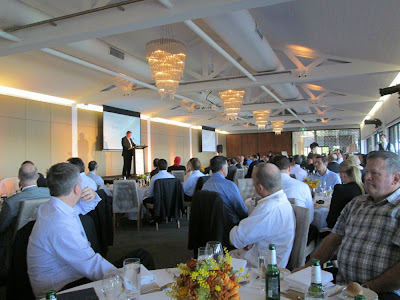 In a strange coincidence we bumped into Maureen Corbett (our energy assessor) and her partner in Circular Quay. I had a couple of spare tickets for the function and managed to wangle them in. We certainly looked out of place, it was quite amusing.

While we didn't win any awards, we did have quite an adventure. When you look at the competition that we were up against (and the money that they spent) it's pretty amazing the we got as far as we did on a shoestring. See the winners for the Custom Built Homes and Resource Efficiency 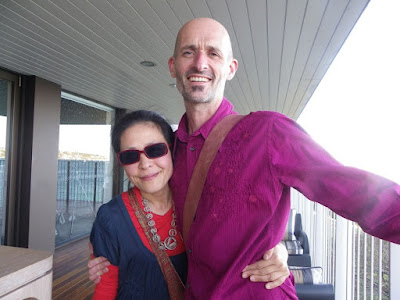 We didn't have suits so we improvised.

See more on the blog