Back to Kendall Permaculture Farm

Catching and directing water with a swale

Posted by Tom Kendall over 10 years ago

Observations made in our recent floods, and the discovery of the need for an extended swale and extra spillway.

I am sometimes unsure why the Sunshine Coast is called that, when we can get such massive rains. Last week we had around 350mm in 30 hours. This came following a heavy rain in the week before and continuing rain during that week, so the ground was absolutely saturated! The reason I am only posting this article now, is because our phone line was washed away and we were without phone or internet for about a week...

On Monday morning, after a night of heavy rain, we went and checked the swale and the dam. Tom made our big swale an overflow of our dam, to ensure excess water was directed away from our house, animal pens, driveway and access roads. 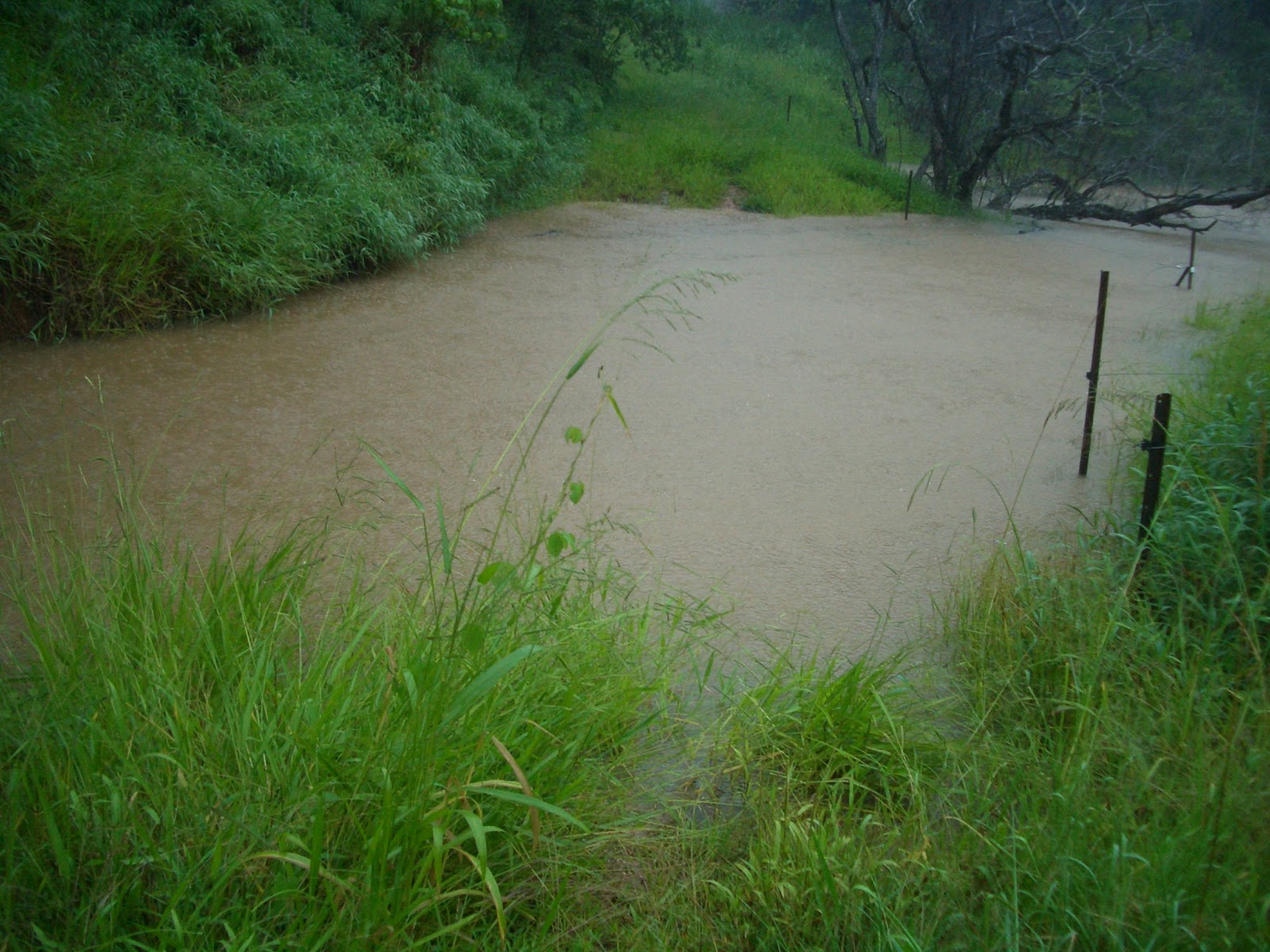 Our dam is to the right, this is the overflow going over an access road

We followed our swale and noticed the water was moving too quickly in the swale. It is supposed to move no quicker than walking pace, and it was definitely moving quicker! 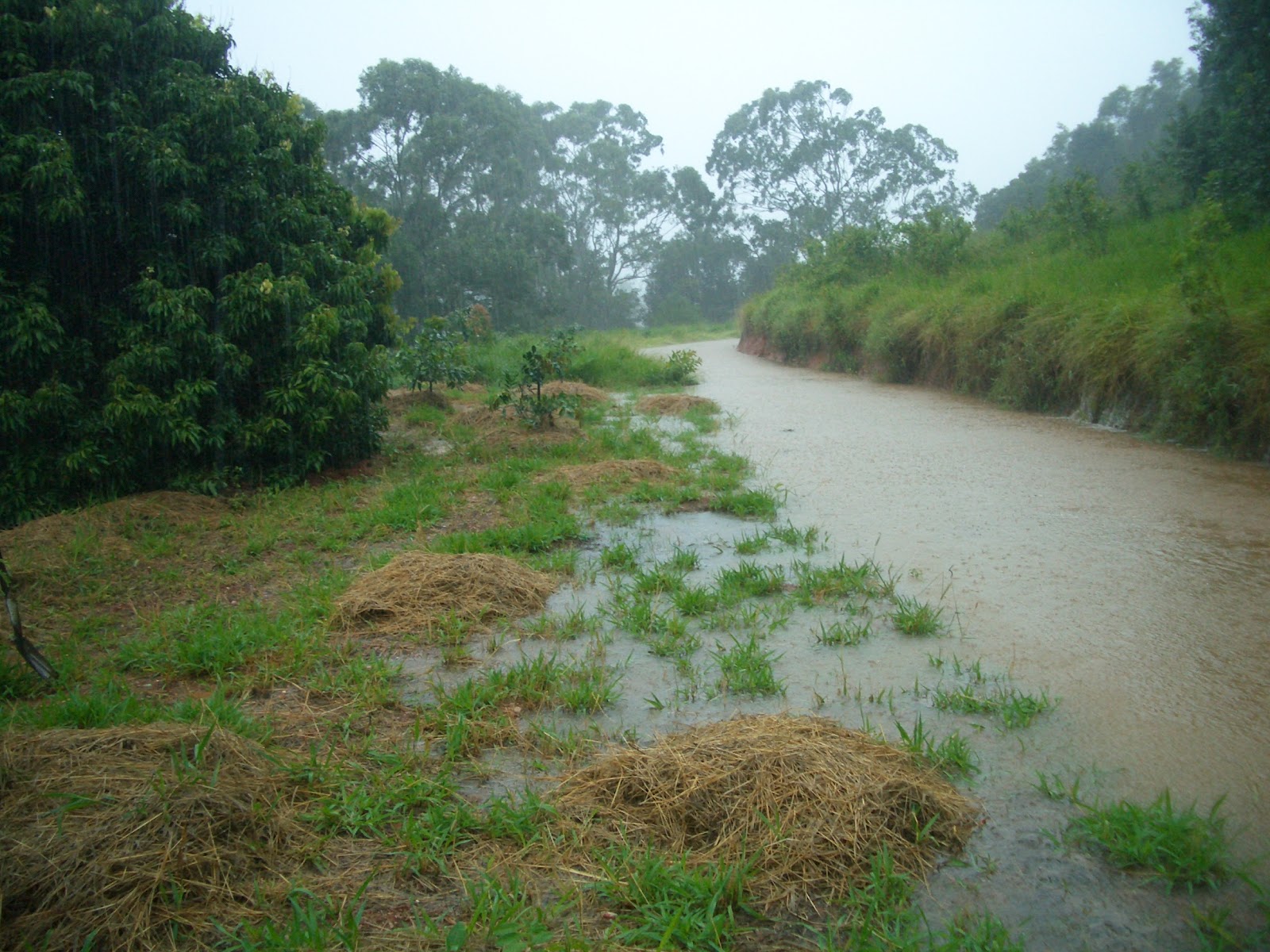 The swale mound starting to flood 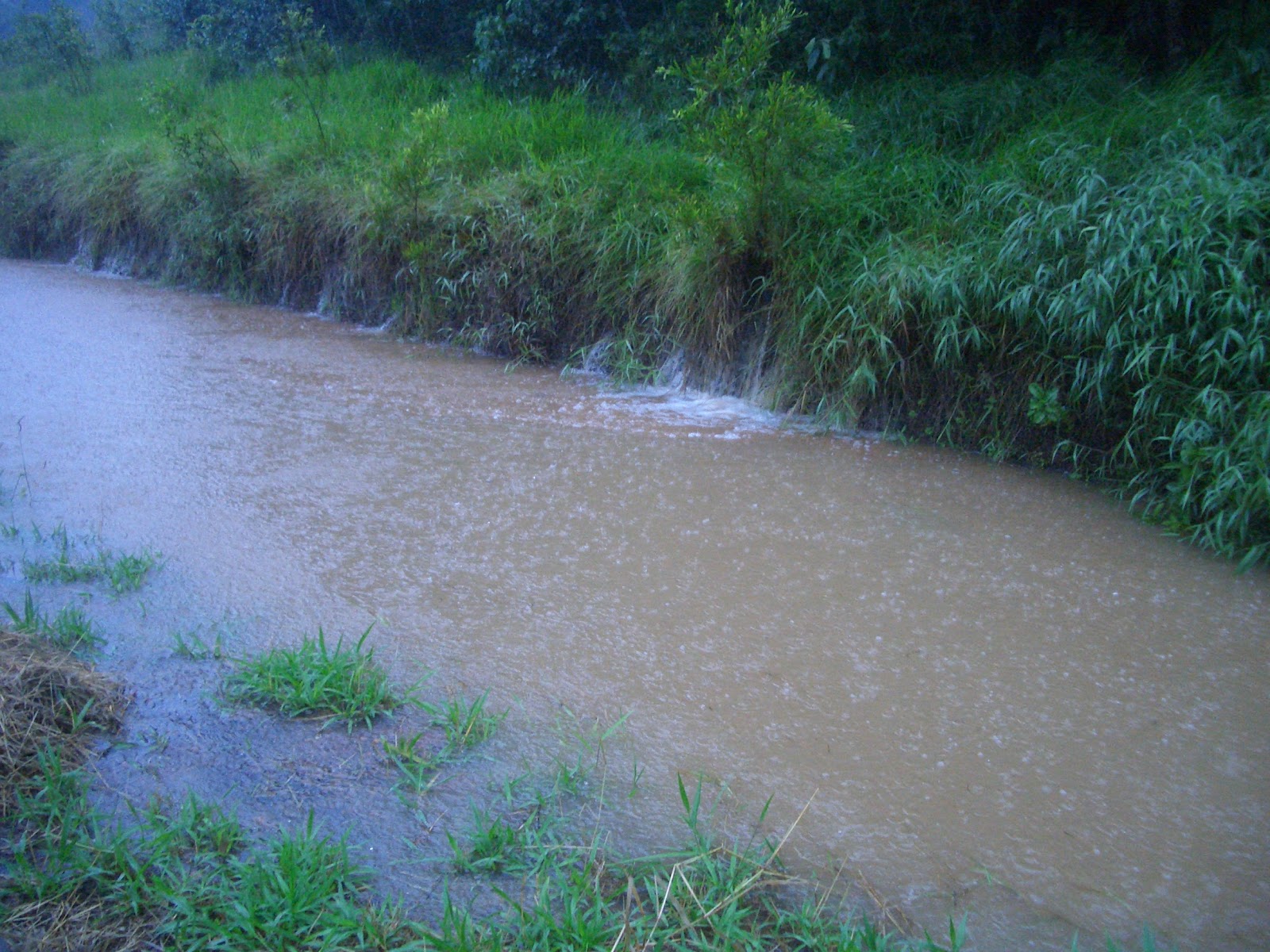 Water pouring into the swale from the bank 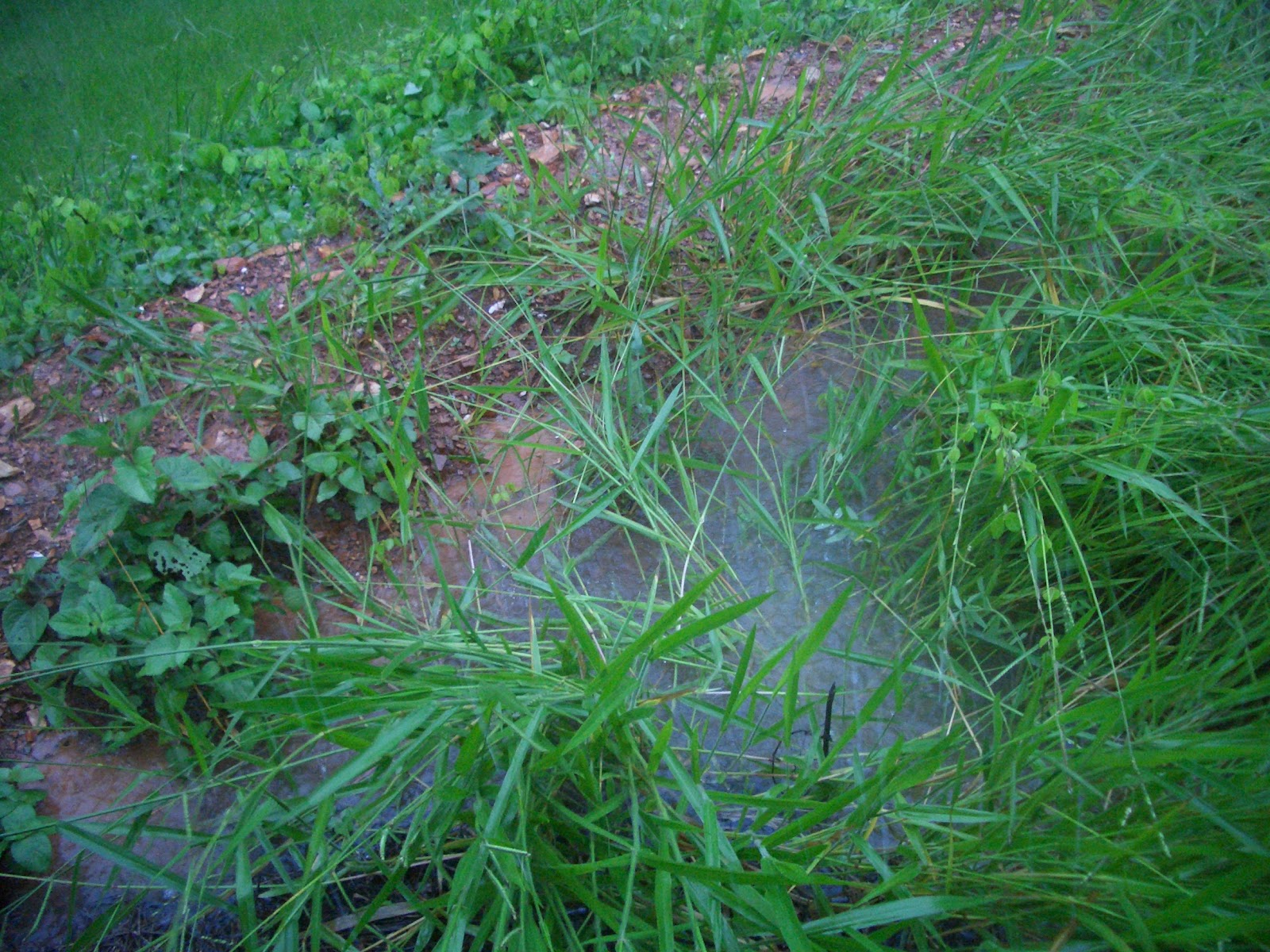 Puddles forming on swale mound, held back by the lip

The swale mound was starting to flood, water was pouring into the swale from the bank and puddles were forming on the swale mound.&nbsp;Tom was very happy he had spent some time creating a lip on the mound, which was doing its job and keeping the water in.

The swale did a good job at redirecting the water, at the end of the swale it flowed down a grassy hill, causing minimal erosion and was directed to join the creek. 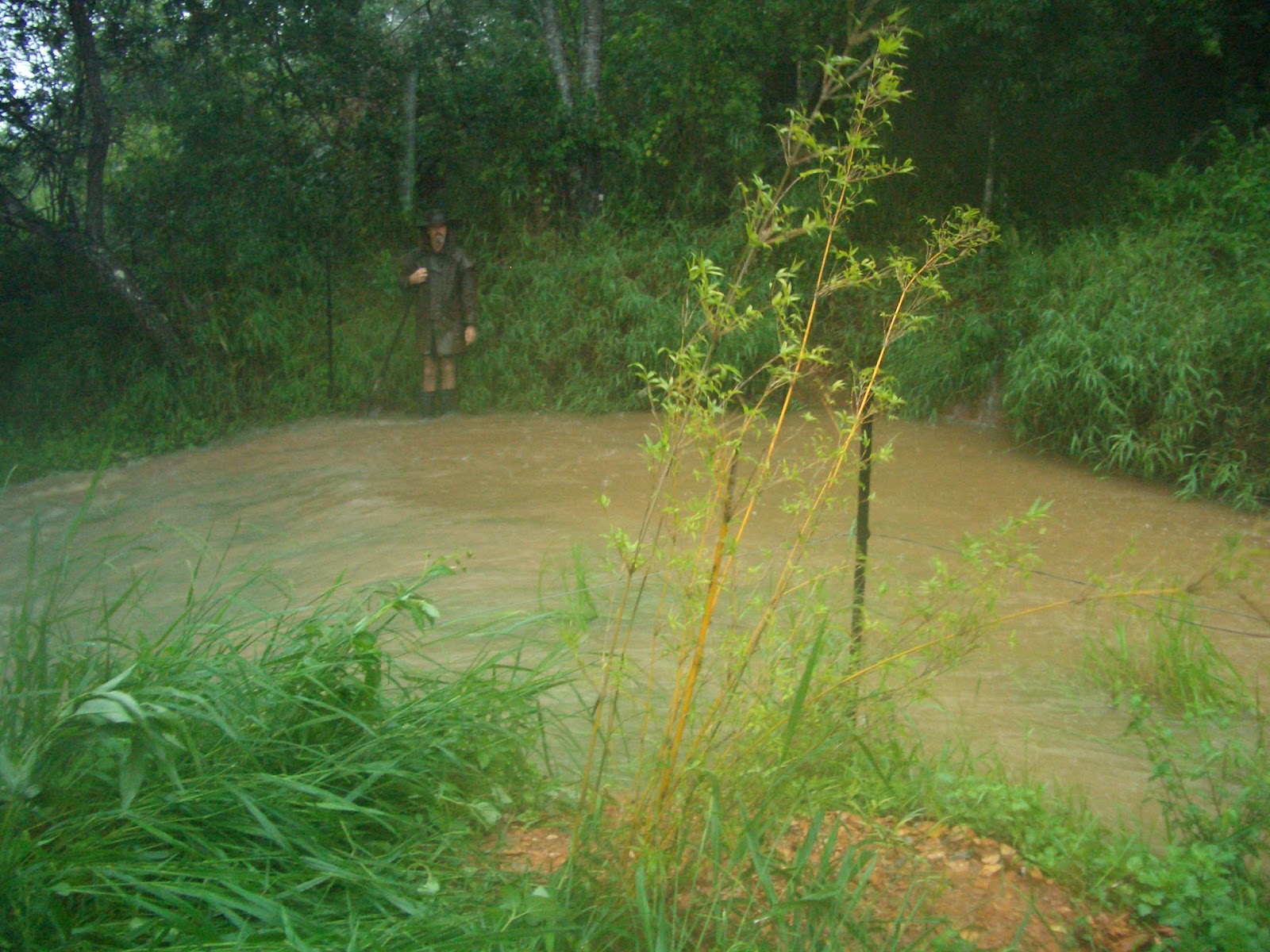 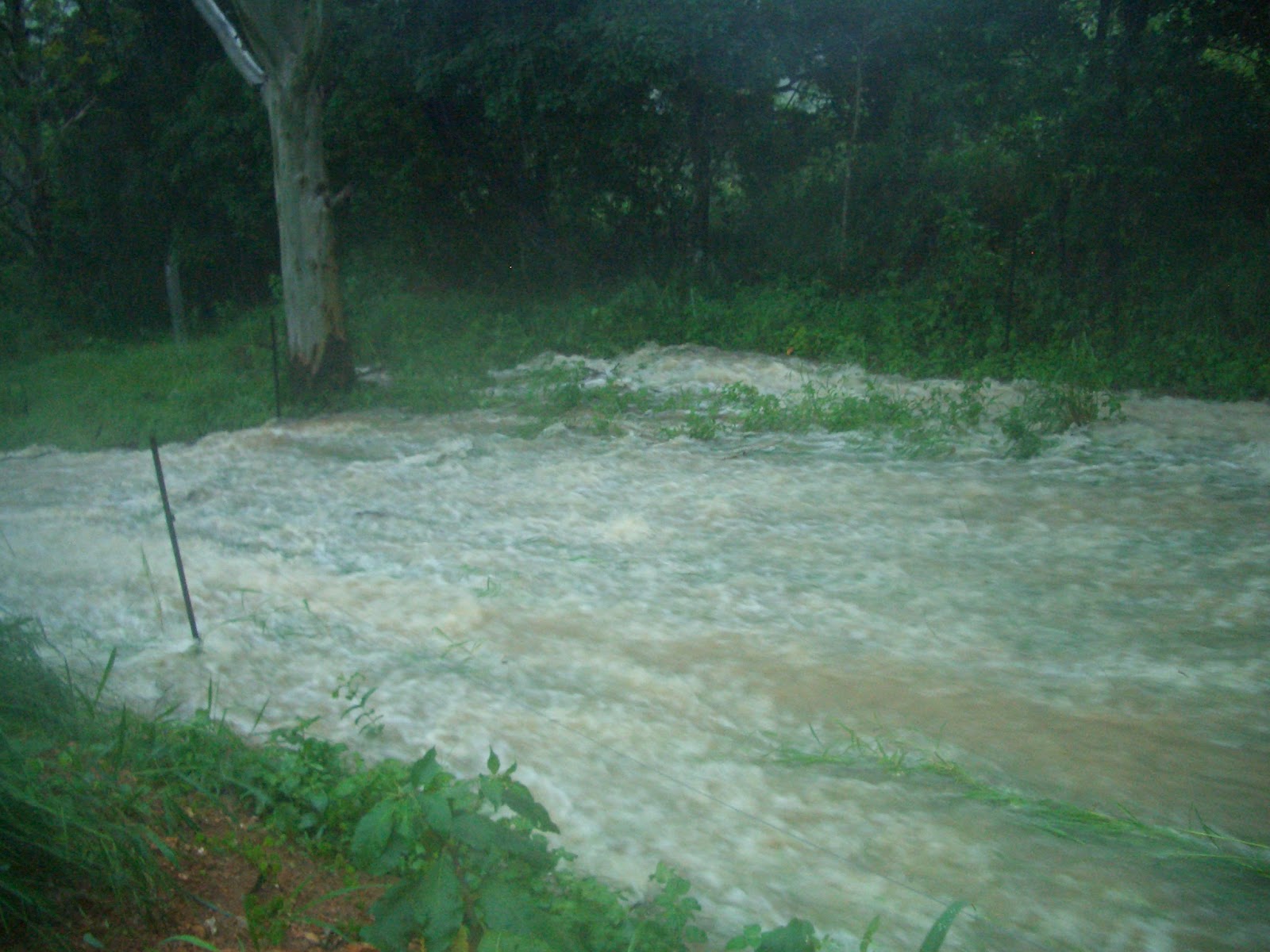 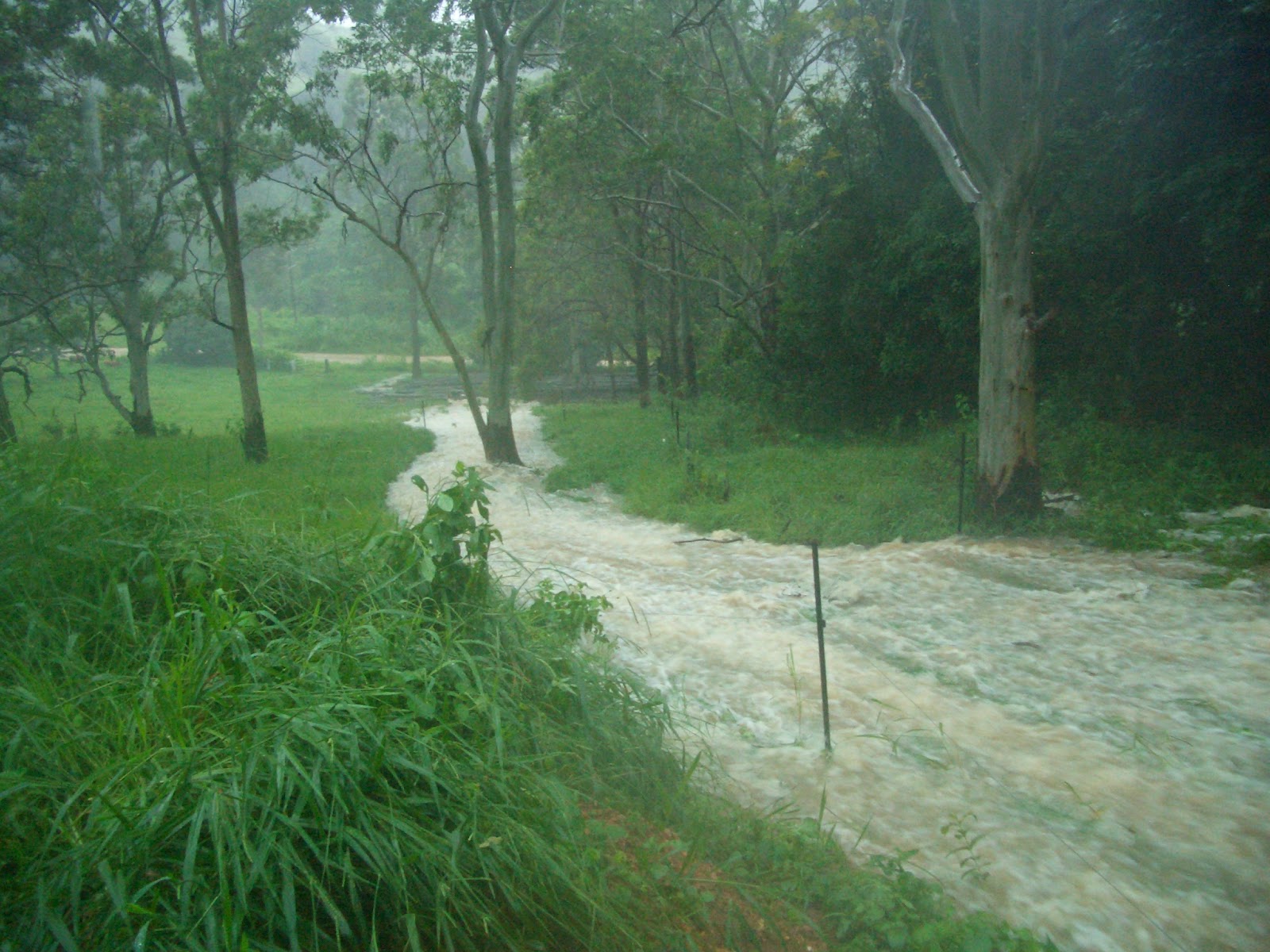 The swale overflow water running down the hill over the paddock 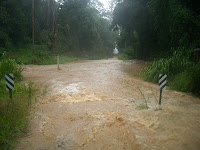 Our access road; the creek had swollen so much, the road itself was a river...

To date (16 March 2012) we have had 1382.4mm of rain this year. It is the most we have had in a short period of time, and it has made Tom realise that the large swale (see article http://permaculture.org.au/2011/08/03/farm-tour-of-kin-kin-souls-permaculture-demonstration-site-plus-one-tip-you-must-know-before-for-setting-up-your-first-swale/ ) needs help, and that another swale needs to be dug on the other side of the dam and go the other way, to moderate the water flow. It will also have a spillway, with sandbags we can then regulate the flow either way. We live and learn, and sometimes we need events like this to realise what is needed on a property. Eventually we would like to incorporate more dams in our swale system. But everything is done bit by bit, and we will get there in the end!

Carolyn Payne-Gemmell : Hi Tom , it is a little hard to tell, but is your swale spillway straight off the end of the swale, or is it set at 90 degrees on the last few metres of swale? I can't tell from the photo angle. How deep was the water going over the spillway? What ideas have you had for the placement of another spillway? Maybe at a point where it is very flat or broad just beneath it, like on to the centre of a rounded plateu. You certainly have huge potential to capture more water in events like this. I know there is lots of talk that some of these events are once in one hundred years, but I wonder what it is called when you have two of them happen for two years in a row?
Posted over 10 years ago

Tom Kendall : hi carolyn, the spillway is at 90 degrees to the swale. it is 7 meters wide. the swale is 3.5 meters wide.the water was flowing 150 mm deep. my additional spillway will be a replication of the same but in mirror image another swale going from the other side of the dam (a valley dam of one straight wall. the levels all being the same and then i can use some sand bags at the sstart of either swale and then direct the major flow either into one or the other. this will give me the option of allowing the heavy flow at times of saturation to push the flow into the main creek instead of through the property.
Posted over 10 years ago
Courses Taught Here!
Project Badges