Back to Tom Kendall's profile

Creating a garden bed with compost and mulch

Posted by Tom Kendall over 11 years ago

Step by step process describes the creation of a garden bed with compost, mulching and adding seedlings.

Today we needed to get some broccoli seedlings into the ground. Normally we plant them in various existing beds to have variety in each bed, but today we had to tidy up and plant out a new bed. The bed housed a chilli bush that was taking over, so we moved the bush, tidied the bed and added compost. 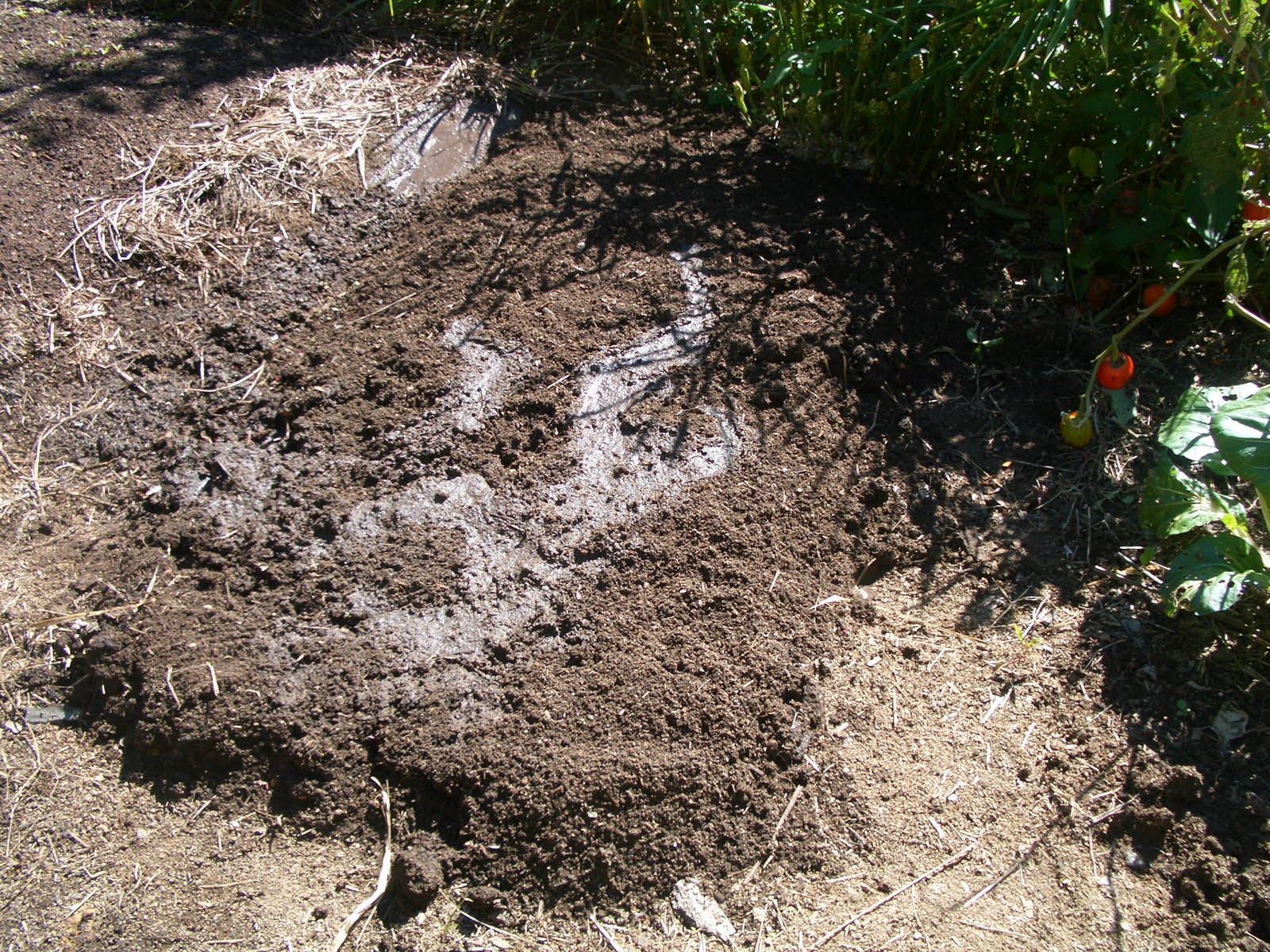 The wheelbarrow was dirty and sticky from the compost, so it was washed with water. The resulting nutrient rich water was poured onto the bed.

Then we used 2 1/2 wheelbarrow loads of mulch to put on top. Thick, wet mulch, to stop weeds from coming through and taking over the bed. 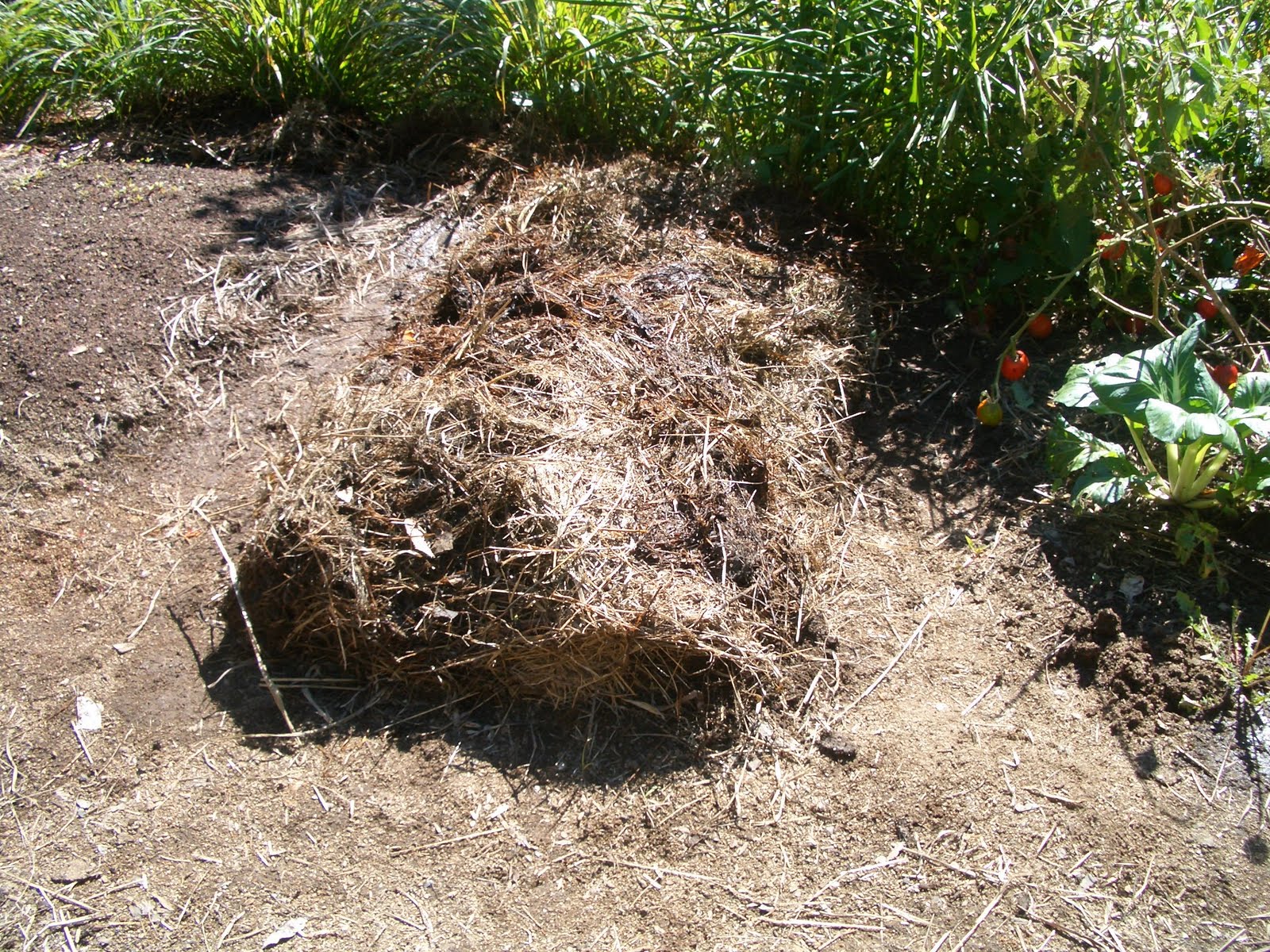 The mulch also keeps the moisture in the soil by slowing down evaporation, adds fertility and carbon to the soil when it breaks down, retains bio-activity in the compost by not exposing it to the elements and, if applied appropriately, separates the bed from the garden paths.
Our mulch comes from our own property, as does our compost. The compost used in this case came from our worm farm and one of our composting bins. The mulch is grass that we cut on our property.. 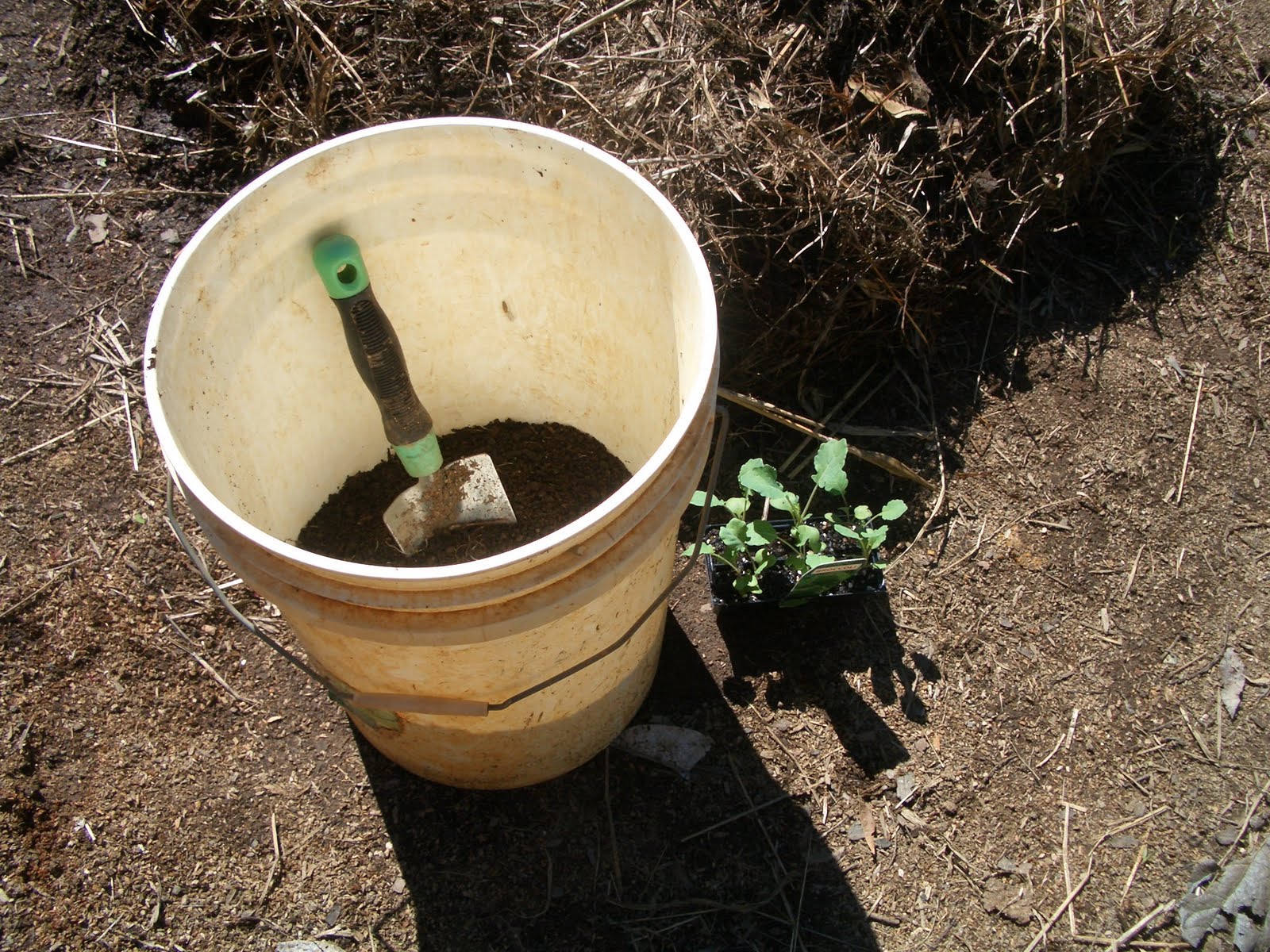 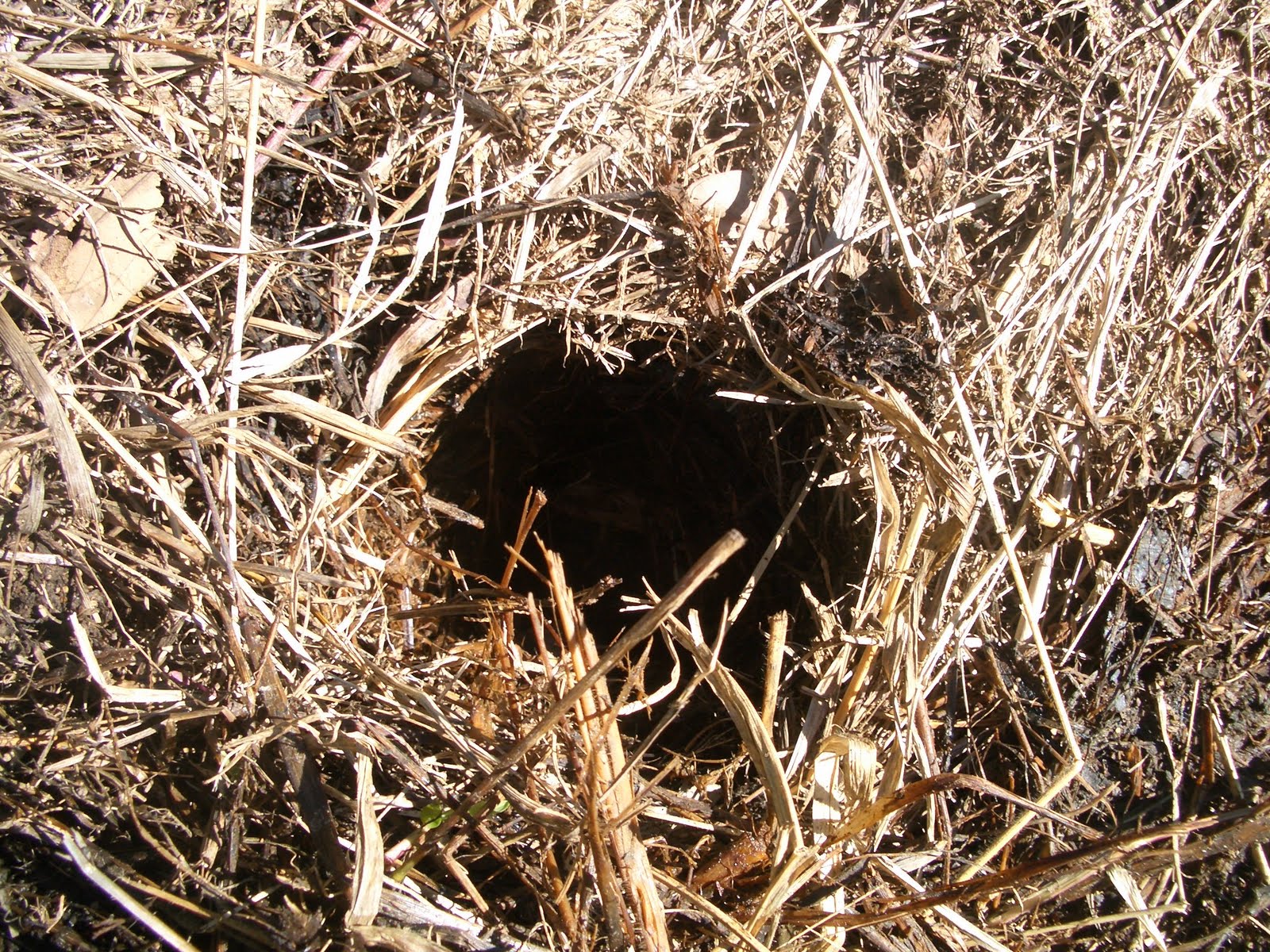 After mulching it is time for some planting. First we got a bucket with some more compost, a small hand shovel and our seedlings.

We created a hole in the mulch that went all the way down to where the compost started. We had to make a fairly deep hole, since we added a lot of mulch! 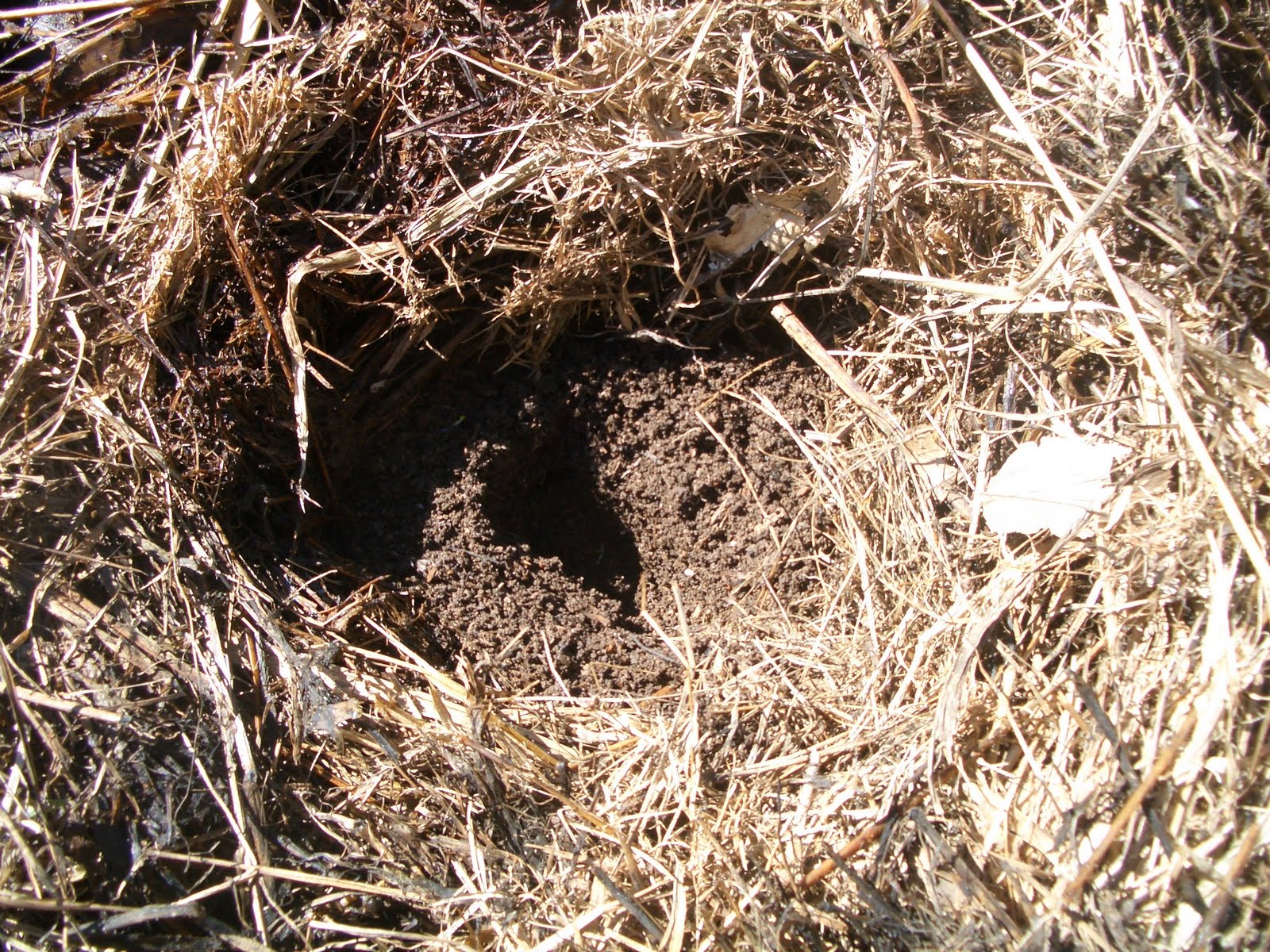 We added more compost in the hole to get the soil level higher, so we could plant our seedlings.Note that there is a small hole in the middle of the compost to add the seedling. We gently removed a seedling from its punnet and softly massaged its roots to loosen them up a little after being confined in the small space.

The seedling was then added to the hole, some more compost added and then we pulled some mulch as close as possible to the seedling, so there is as little earth exposed as possible (again to prevent weeds from crowding the seedling and to hold moisture in the soil). We ensured the mulch around the seedling was nice and flat so it would not shade the little one.

Since we like variety in our garden beds, we dug up some chinese greens and a salad mallow that had decided to grow in our garden paths. They self sow readily and tend to appear this time of year in inconvenient locations. We planted them into our new bed as well, gave the new bed with seedlings a bit of a soaking, and there it is, ready to grow! 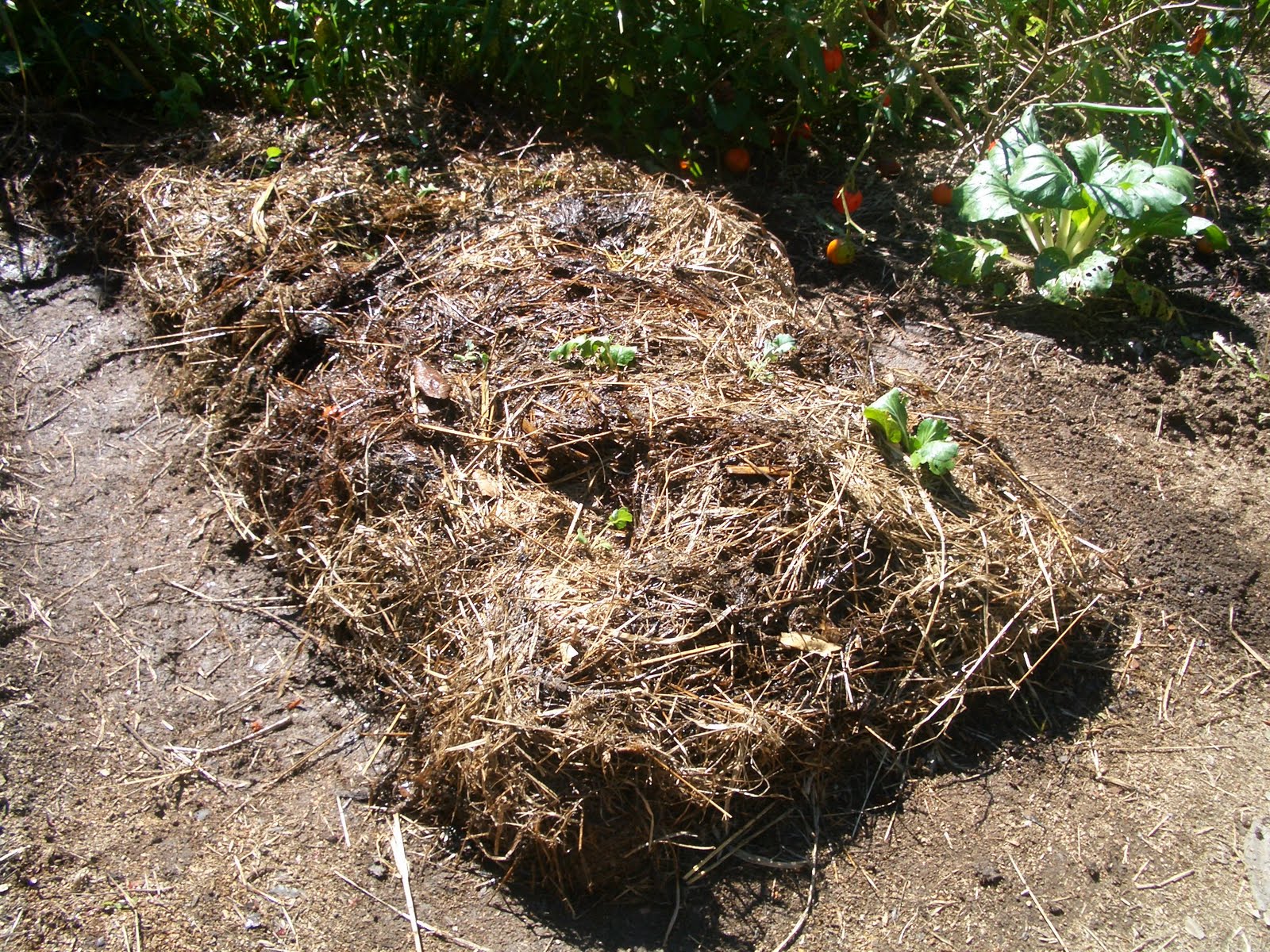 Bee Winfield : Lovely. Hope to see some photos down the track
Posted over 11 years ago
My Badges