Back to Stephanie Ladwig-Cooper's profile

Four O'clock plants have a long history of cultivation and use around the world as well as serve many useful functions, with more to experiment with -as a dye and dynamic accumulator. 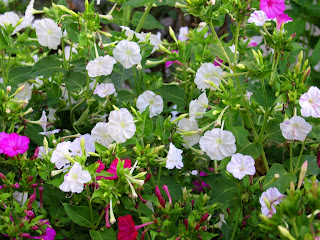 Our family lives in a historic neighborhood of Chico, California called the Barber Neighborhood. Our neighborhood was named after O. C. Barber, the founder of the Diamond Match Company, who had a factory built nearby to process lumber for matches at the turn of the twentieth century. Our home was built in approximately 1909. Because of the age of this neighborhood we have found in around our property an abundance of old trees and shrubs of what many this day would consider cottage garden or great-grandma plants. One of which is the Four O’clock growing prolifically near our garage and Mandarin tree. Not many people go out of their way to buy and grow this plant in their gardens anymore. Why? I couldn’t say as I’ve found it is a really interesting and beautiful plant with a long history of cultivation.

The scientific name for Four O’clock is Mirabilis jalapa. This plant has too many common names to list but many people know the plant as a four o' clock, marvel-of-Peru, beauty-of-the-night or clavillia. It’s native to South America and has naturalized all over the world for hundreds of years.

In doing my due diligence on this plant I stumbled upon a historic document written by Swedish naturalist, Frederick Hasselquist [1] and published by the famous botanist Charles (Carl) Linnaeus [2] for the Queen consort of Sweden, Louisa Ulrika [3]. Dr. Hasselquist traveled from 1749-1752 (and ultimately died before his return) to what was then called the ‘Levant’ or the region of the eastern Mediterranean between Anatolia and Egypt. He briefly wrote about Four O’clock plants ‘cultivated in the gardens and walks at Cairo’ in his book ‘Voyages and Travels in the Levant in the Years 1749, 50, 51, 52: Containing Observations in Natural History, Physick, Agriculture, and Commerce, Particularly on the Holy Land, and the Natural History of the Scriptures’ [4]. 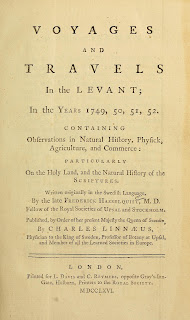 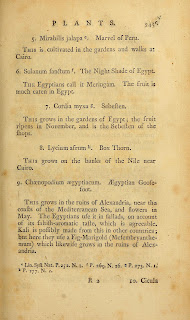 I find it immensely gratifying to read about plants from a historical perspective. It makes me feel closer and more connected to the plants I live and work with every day. Not only that but as I learn about how to care for and utilize these plants I am empowered by the knowledge that others have been growing these plants for hundreds of years. 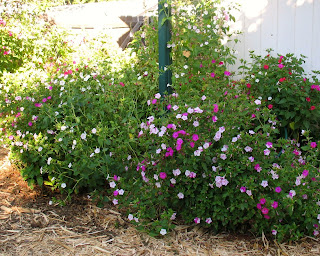 Four O’clocks are hardy perennials which go dormant in the winter and survive via their deep tuberous roots down to below freezing. Even in cold climates where the temperatures reach well below freezing the large, black carrot shaped tubers (which can be a foot or more long) can survive with heavy mulches or be dug up and stored for the winter and replanted in the spring.  They flower from Mid April to October here in our Mediterranean climate. We’ve found this plant to be quite drought hardy and seems to have utilized our loamy soils’ water reserves from winter rain via the downspout nearby.  It has excellent east to west sun exposure for most of the day and while the flowers all close up by 11am they reopen at dusk and produce a fragrance that is reminiscent of Gardenias. 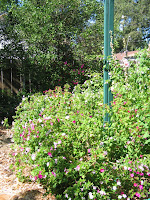 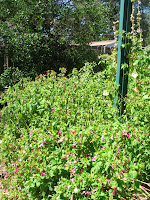 The edibility and medicinal value of Four O’clock is in some dispute. Some say the whole plant is poisonous and may even be a skin irritant -we haven’t found the latter to be true when working the plant. While we haven’t tried to eat any part of the plant the website Plants for a Future [5] claims it can be eaten as a “survival food”.

Other sites claim the Four O’clock plant was used by the Aztecs as a medicine [6] and is still used for its anti-viral, anti-bacterial and anti-fungal properties. The Healing Power of Rainforest Herbs by Leslie Taylor, ND states that the “Chemical analysis of clavillia [Four O’clock] shows that it is rich in many active compounds including triterpenes, proteins, flavonoids, alkaloids, and steroids. Of particular interest to researchers is a group of amino acid-based proteins, called mirabilis antiviral proteins (MAPs). These chemicals have shown specific antiviral and antifungal actions. They are produced in the seeds, roots, and young shoots, and help the plant protect against various plant viruses and soil-borne fungi. In 1994, a Japanese tobacco company was awarded a U.S. patent on the MAPs in clavillia as being effective in protecting economically-important crops (such as tobacco, corn, and potatoes) from a large variety of plant viruses (such as tobacco mosaic virus, spotted leaf virus and root rot virus).” [7] 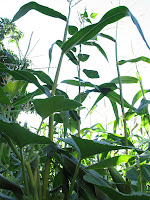 Another article by researchers from Life Science Research Laboratory in Japan titled DNA Sequence of Mirabilis Antiviral Protein (MAP), a Ribosome-inactivating Protein with an Antiviral Property, from Mirabilis jalapa L. and Its Expression in Escherichia coli backs up this claim of anti-viral properties. “Mirabilis antiviral protein (MAP) isolated from the roots of Mirabilis jalapa L. induces the plant’s systemic resistance against the mechanical transmission of plant viruses, such as tobacco mosaic virus and cucumber green mottle mosaic virus”. [8] It’s interesting to note that our plant shows absolutely no indication of pests or disease problems and is never touched by any critter but bees, particularly carpenter and bumble bees. 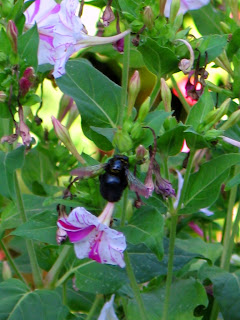 One utility of the plant that I would like to investigate further is its use a dye. According to an eastern Indian article titled Dye yielding plants of Assam for dyeing handloom textile products from The Indian Journal of Traditional Knowledge [9] a red dye can be made from boiling a paste of the flowers for coloring cotton. The flowers are spectacular and in a variety of colors; red, pink, striped, bi-colored and white are what we have found in our yard. If we could use the red and pink colors for dye we would be in luck for fabrics or, if truly edible, for coloring eggs at Easter. 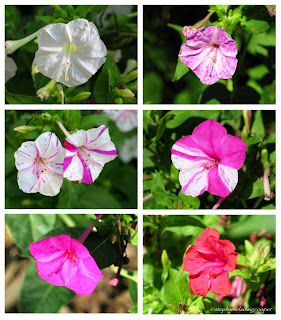 Flower colors is our yard

Given that most of the information I’ve collected about Four O’clocks tells me the seeds are the most potent part of the plant I may not be inclined to eat any part of the flower or any of the plant for that matter until more research has been done. 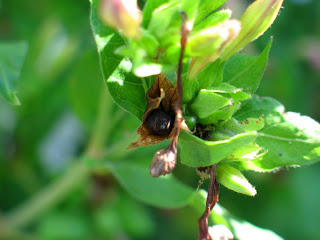 One thing I will try out, as it seems to be getting a bit unruly at the moment, is to see how it functions as a dynamic accumulator plant. The deep tuberous root system may function to mine minerals in the subsoil. The top soil could utilize the free nutrients if I chop and drop it on a regular basis. Also, if the plant functions as anti-viral it may also help prevent disease in the garden. And lastly, I’ve noticed our Mandarin tree hasn’t required such rigorous amounts of water this year despite the overall decrease in rainfall this last season -so it may be that the seedling Four O’clocks which grew in this year have shaded the ground around the tree creating a moister environment.  Free nutrients, disease protection and reduced irrigation is always a benefit to any garden. 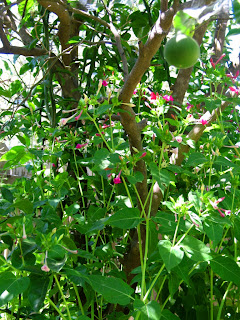 I’m glad I took the time to read up on this plant growing in our little yard and will be more apt to let it live knowing what I do now. I’m the kind of person who needs a plant to serve many functions (especially living on a 1/10th of an acre) and while the beauty of the flowers and the deep fragrance in the evening has been a real joy this summer I’m glad to know its history and a bit more of the functions it could provide our family and our gardens.

NOTE: Four O’clocks are prolific re-seeders in warm climates and can be quite hardy due to their large taproot. Be wary of planting them near waterways or other adverse locations where they may take over. While this plant is not on the U.S. Federal Noxious Weeds list [10] nor in the California Invasive Plant Inventory Database [11] it seems worthwhile to take precautions so it doesn’t spread out of control.

[4] Voyages and Travels in the Levant in the Years 1749, 50, 51, 52: Containing Observations in Natural History, Physick, Agriculture, and Commerce, Particularly on the Holy Land, and the Natural History of the Scriptures [page 243] By Frederick Hasselquist: http://www.biodiversitylibrary.org/item/101559

Ute Bohnsack : What a superb article - thorough, well referenced, beautifully illustrated... ! I had only vaguely heard of this plant before but will certainly try it our next year. Beautiful and useful. Thank you!
Posted almost 9 years ago

Stephanie Ladwig-Cooper : Thank you Ute, it was really fun to read up about a plant that is growing quite on it's own in our yard and all the benefits it's bringing to our garden!
Posted almost 9 years ago
My Badges