Back to Tom Kendall's profile

Native bees to help our garden

Posted by Tom Kendall over 11 years ago

As the world's bee population is becoming more and more endangered we are keen to embark on the journey of native bee keeping.

As many of you already know, the world's bees are in trouble. Colony collapse disorder, predator beetles and probably a range of other factors that have to do with our lack of care for the earth is slowly annihilating the world's bee population. We have definitely noticed a decrease in bee activity in our garden this year and are extremely concerned about this problem, since a lot of our plants depend on bees to produce fruit or vegetables. So we were very excited to discover a native beehive in a log on our property.

Most Australian native bees are solitary. That means they do not live in a hive but live alone in small holes in logs and other small crevices. Those we try to encourage into our garden by drilling small holes into timber in which they can nest. Solitary bees do not store honey.

Honey is stored in hives of social bees during the warmer times of the year so that the bees can survive in the colder times of the year. Due to the winters in Europe being long and cold, the European honey bees make a lot more honey (70 - 100kg per year per hive) than our Australian native bees (only about 1kg per year per hive). Our native bees are only found in the warmer areas of Australia. The hive we found was the Trigona Carbonaria variety (Australian Stingless bees).

Tom cut both sides of the log off so only the part with the hive in it was left. Then he screwed blocks of wood to each side to close it off, leaving their natural entrance open. We had to take the hive off the property for about 3 weeks, and then bring it back and put it in its permanent spot in our vegie garden upon return. This was to ensure they would not try and fly back to where they used to be on our property. Tom mounted a little roof over their entrance, to keep the weather out for them (pampered bees...) and found a beautiful spot for them in our vegie garden, under a mandarin tree. 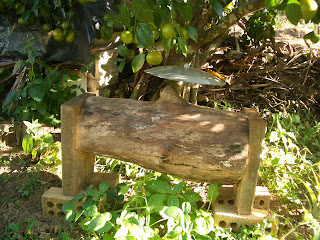 Here you see our beautiful little beehive, blending in perfectly with its surroundings. The bees only get active at around 18 degrees Celsius, so we had to do a little bit of clearing in our garden to ensure they have enough winter sun.

Our hive of bees have been in this spot for a few months now. Tom is keen to split the hive in the next few months. Apparently the half without a queen create a new queen to ensure their survival. Tom has made up some boxes to make the splitting process easier in the future: 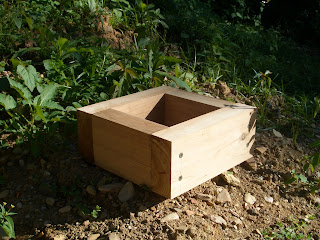 This is one half of the new hive. The idea is to add the split off part of the hive into this box and then add another box on top so the hive can grow: 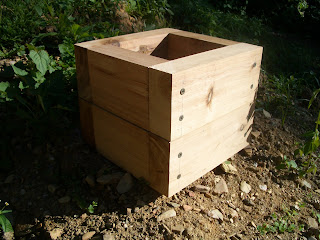 There will be a floor on the bottom and a lid for the top, possibly with some perspex in between the lid and the top of the boxes, to catch the honey. There will also be an entrance added to the box for the bees to get in and out. 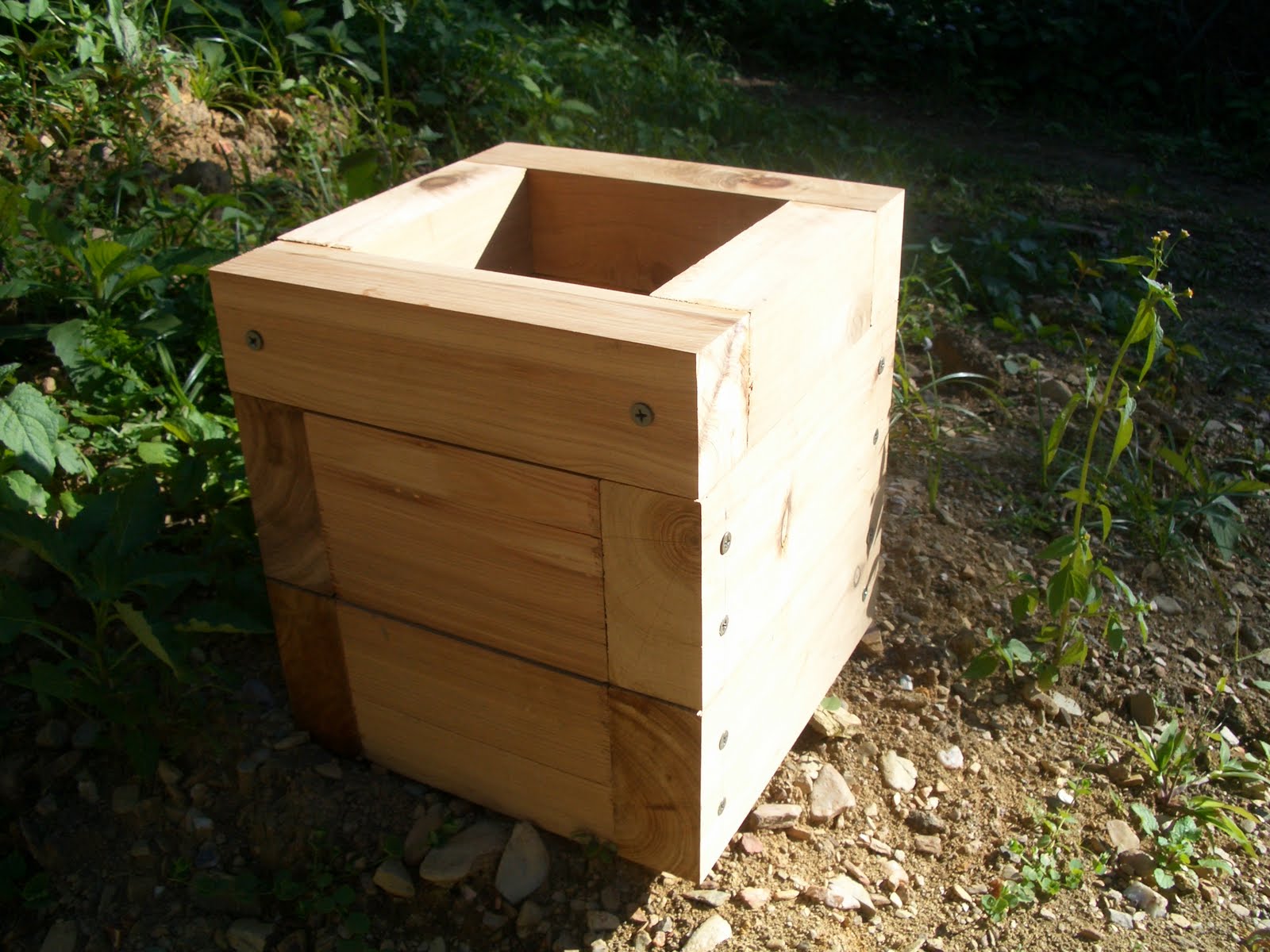 Here is the future hive with the honey "super" (no lid yet). As you can see the wood used is very thick, which will be ideal for insulation for the bees, since they are sensitive to temperature fluctuations.

We are looking forward to starting the splitting process in the next few months. Watch this space for updates on this process!!

This is our existing hive's entrance. The photo on the left was taken early in the morning when it was too cold for the bees to come out. The photo on the right was taken later in the day with the bees coming in and out. The bees are a lot smaller than the European honeybees. The little dark dots you see are their bodies reflecting the light.

jordan lowery : we have lots of wild native bees here in california. on most days they do the bulk of our pollination. which is fine by me.
Posted over 11 years ago
My Badges